Ahh feels like home again.  We made stops at Cottage Lake, Farrell Mcwhirter Park and our other local favorites.  We also took a nice Long Memorial drive through Seattle and retraced the adventure of Stanley and Stary.   We of course had to stop at the Salmon Slide Park – also known  as Carkeek Park, 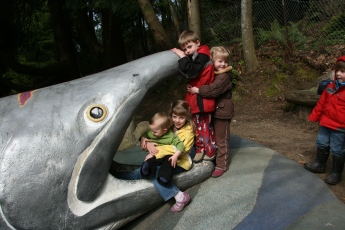 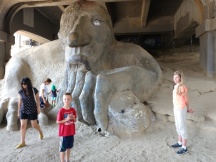 Troll under the Bridge

Yes, we drove over I90, through the tunnels and right up to the Stadium.  We took 520 back to the East side.  Incredible!

We also make it to Mount St Helens, the Lava tubes and the Columbia River Gorge.